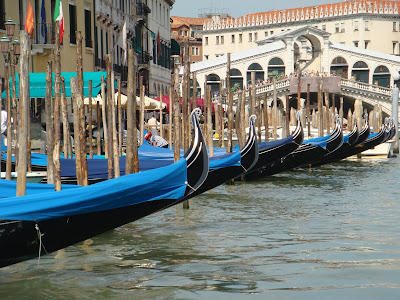 It’s been a while since your devoted scribe has posted, but she has been on a series of—as always—remarkable journeys. My most recent excursion was to Venice, Italy, where I covered the Dance Biennale for Dance Magazine.

Yeah, I know. It’s a tough job, but someone’s gotta do it!

Here, then, are a few mentions that didn’t make it into my review: I stayed in the most wonderful place, the famed Fenice de les Artistes, which is next door to the even more famous Fenice Opera House and where I was fortunate enough to see Britten’s “Death in Venice;” I met some amazing people, Venetians included, as the city is quickly losing many of its 60,0000 residents; and do feel especially blessed just to have been able to travel there during these precarious times.

And while my trip should be dubbed, “Debt In Venice,” not just because I was stricken with the flu and had to have a doctor come to my hotel (an allergist, no less, in a pristine designer suit, who charged me 200 Euros to stick a thermometer under my arm and write a few scripts for antibiotics and painkillers in a Tennessee Williams-like scenario), but that the sinking dollar in this already water-logged burg made ordinary purchases (water, Prosecco and my newest addiciton, Orange Fanta), astronomical. 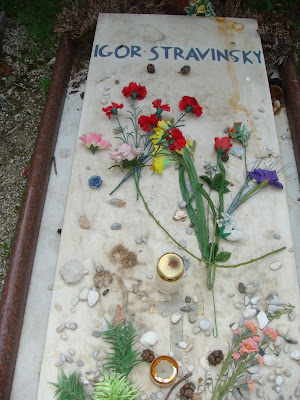 Still, there was beauty at every turn and even though I didn’t have an affair with a gondolier or some gigolo a la Katharine Hepburn in “Summertime” (nor did I fall into the Grand Canal like she did in the film), I did go to the graves of Russian impresario, Sergei Diaghilev and composer Igor Stravinsky; I happily attended some incredible dance performances which you’ll hopefully read about; and, finally, I rode around on the vaporetto (water bus) breathing in the glorious sea air of the Adriatic while being transported back in history to the times of Casanova, Mozart and Mariano Fortuny, a magnificent designer whose last name seems to say it all.

Would I return to this magical, mysterious, shell-shockingly expensive place? In an Italian heartbeat, which is a lot different—and much more magnificent, I might add—than a New York minute.