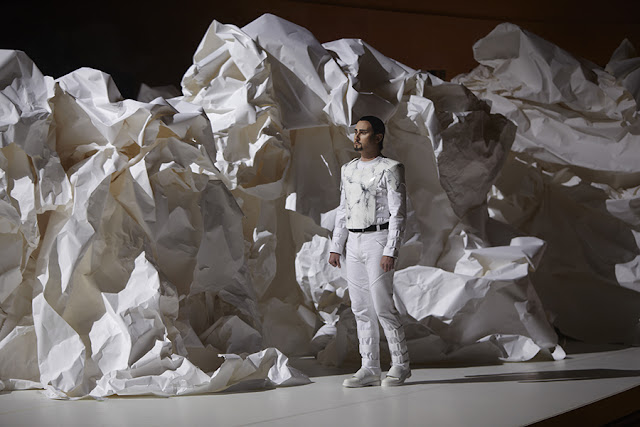 With tickets hotter than the sands of Abu Dhabi, the Los Angeles Philharmonic’s first foray into opera, Don Giovanni, more than lived up to its hype – from some of the seats. Seriously, with crumpled-paper sets designed by Frank Gehry, the starchitect responsible for Walt Disney Concert Hall, and futuristically stunning costumes by the Rodarte girls (Laura and Kate Mulleavy, who garbed Black Swan, click here for our take on that, and here for our thoughts on Nat Portman’s hubby, Benjamin Millepied and his choreographic endeavors), there was also much to be said for Mozart’s music and its purveyors. 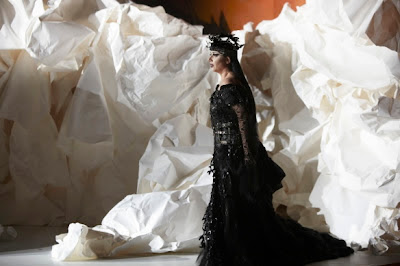 And why not, as this is opera’s first responsibility, both from the orchestral point of view, in this case the terrific players of the Los Angeles Philharmonic and its insanely talented music director Gustavo Dudamel, and the singers, who also proved exceptional. The Don himself, Polish baritone Mariusz Kwiecien, seduced on all levels, from vocal chops to his demonic stature, while his freakishly agile factotum, Leporello (Kevin Burdette), another baritone, also impressed.

The first of a planned Mozart/Lorenzo Da Ponte trilogy to be presented by The Dude and the Phil, with future stagings of Le nozze di Figaro and Cosi fan tutte planned for 2013-14, this production was directed by Christopher Alden in a decided nod to international theater guru, Robert Wilson. 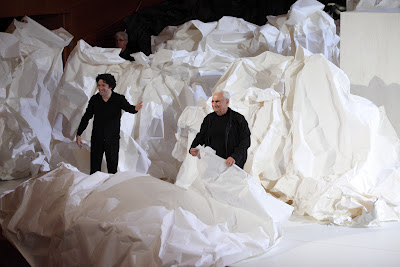 This being a site-specific work, Disney Hall was transformed into a textural sea of snowy sculptural paper mounds, dotted with large white cubes that also served as platforms and movable scenery. The orchestra, situated on a raised platform beneath billowy black material normally reserved for chorus and led by The Dude (above, at left, with Gehry), his back to the singers, featured the Los Angeles Master Chorale, (we wrote their program notes for four seasons beginning in 2004), seated on the sides.

From our vantage point – on the side and upstage of the singers – our view was obstructed. With the singers moving between the masses of paper as well as hiding amid the boxes, we were not privy to some of the action. The new supertitles projected directly on the wood above the stage, also to the left, caused us to continually move our heads awkwardly between the onstage action and the translations.  We did find the sound, however, basically cohesive, Mozart’s famous tunes piling on top of one another like some kind of a melodious erector set. 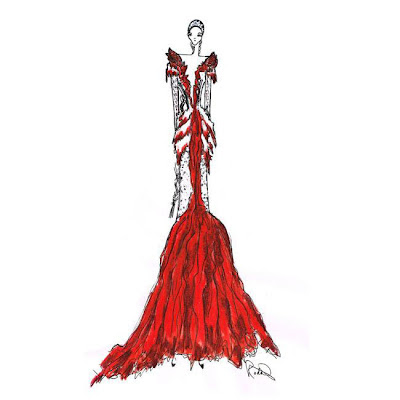 Still, spotting some empty seats in the orchestra, we planted ourselves in one of them after intermission (causing a bit of distress to several ushers, who eventually let us be), and took in the monumentalism of this production from a completely different, albeit staggeringly amazing, point of view. (To quote F. Scott Fitzgerald, “The rich are different than you and me.” Yeah, they rattle their jewelry from the best seats in any house and can afford a Rodarte frock like the one seen in the sketch for Donna Anna’s gown here.) 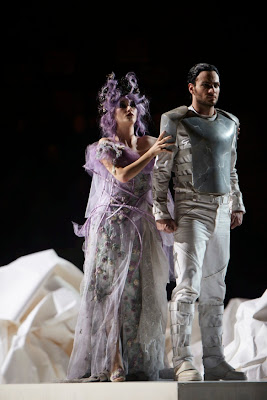 But back to the Don – and his conquests, victims, accomplices – and vocal wherewithal. Dressed in space-age white, with overlays of plastic armor featuring black scribblings, his skin-tight pants and smarmy black do (more fabulousness from hairstylist/wig designer Odile Gilbert), Kwiecien sang with authority, sonorousness and vocal dexterity. Here is a Don for all seasons. And while much of the staged movement is slow and stately (not exactly the adagioed molassesness of Wilson), it’s a feast for the eye while the ear is treated to more rapture than should possibly be permitted. Tune in point: Leporello’s Catalogue aria, particularly amusing and deliciously well-delivered. 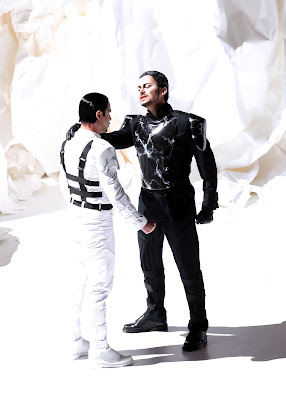 Mozart loves his women, and the trio – each female seemed her own incarnation of Giovanni’s animal magnetism – did not disappoint: a vengeful Donna Anna (Carmela Remigio), the sweet young  Zerlina (Anna Prohaska, above with Masetto), and an unwavering Donna Elvira (Aga Mikolaj, second photo from the top), dressed in black and fit to kill – especially with vocal pyrotechnics, notably in her aria, Mi tardi quell’ alma ingrata. Indeed, the gals offered vocal finesse tempered with emotions, all heightened by Rodarte’s glam gowns with quirky touches – feathers, flowers, trains, jewels. (Hello, Rodarte, we’re available to wear any old thing you’d like to toss our way!) 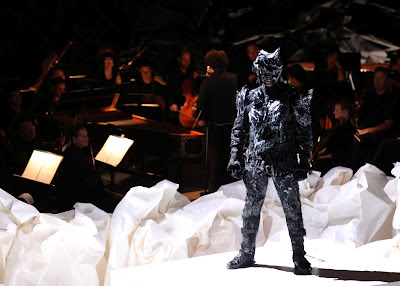 As for the women’s lovers, tenor Pavol Breslik’s Don Ottavio and bass-baritone Ryan Kuster’s Masetto held their own, while bass Stefan Kocan as the ghostly Commendatore (Anna’s father, murdered by the Don when he tried raping her), was the pièce de résistance in Rodarte design: Bathed in black feather-like material from head to toe and perched on a cube (above and also with Giovanni above that), this birdman avenger packed a vocal punch, reaching a climax when he dragged the Don down to hell, sans the usual fiery lighting here, but no less a thrill. 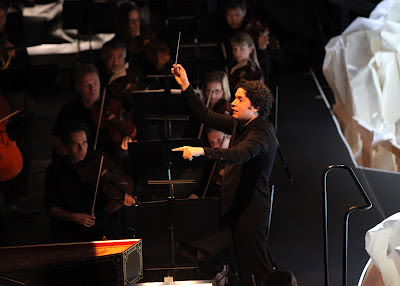 Sure, much of the action is abstract, but just as Pollock’s drip paintings can evoke a visceral response, so, too, does this production, with Adam Silverman’s minimalistic lighting design also lending a magical sheen. As seen from the side, the crumpled paper designs didn’t mean much; but when looking upon the irregular folds from the orchestra section, we saw bits of Gaudí, lots of Picasso cubistic faces and other fanciful stuff. This was spectacle within spectacle, with the Phil sounding deliciously crisp, even as Dudamel, conducting nearly four hours of Mozart from memory, as is his wont, without even being able to face the singers. Wow: Those brave souls had to rely on nerve and video monitors strategically placed around the stage. Talk about wild, weird…and risky! 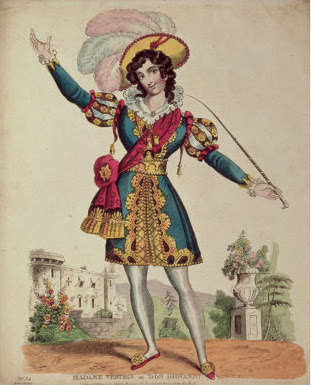 Disney Hall may have its operatic limitations, but this Don Giovanni (and we’ve seen our share), swept us away, not only on waves of glorious music, but by the sheer drama the creative team offered, robustly bringing opera, in the process, into the 21st century. Who needs Twitter when we’ve got such brilliance going down at the corner of First and Grand in downtown Los Angeles.

P.S. Since we love all things Italian, click here to read our recent story on Parma, Italy, and here to read our 2008 story from Venice. We mention this as we ready for another foray to that city to cover part of the Dance Biennale and our fifth – count ‘em – fifth trip to Montpellier. Click here to read last year’s Montpellier coverage, both in the L.A. Times and for Dance Magazine. We’ll also trek yet again to another fave watery town, Amsterdam; click here for our recent musings on that burg. Grazie!