Fired Up and Ready To Go

Posted on September 20, 2013 by Victoria Looseleaf 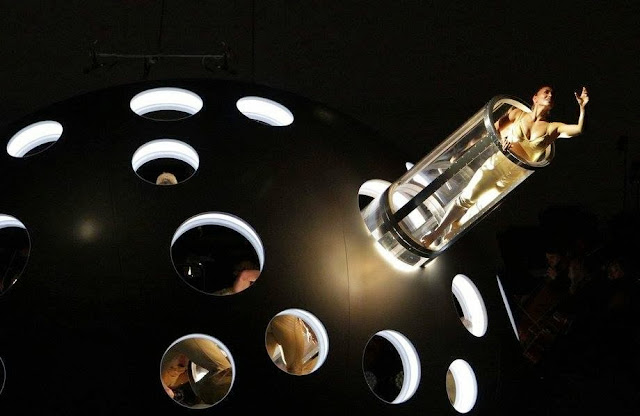 We don’t know how time managed to slip away, but, please forgive us, dear readers, for not having checked in on our very own blog for the entire summer! Would you believe  when we say we’ve been swamped – in a good way.

Well, we have. So, as we await doing our third interview of the day, in this case with the fabulous Kristy Edmunds, artistic director of Center for the Art of Performance at UCLA (CAP-UCLA), for a story on the upcoming, long-awaited arrival of Einstein on the Beach (a joint effort between UCLA and Los Angeles Opera),we thought we would at least jot down a few words – and post some of our more recent articles.

In July we began our third season writing the KUSC broadcast scripts and program notes for the Los Angeles Philharmonic at the Hollywood Bowl, where we spent many an afternoon and evening for the last two months. Winding down now, the last three broadcasts, including Gustavo Dudamel conducting Verdi’s Requiem, can be heard on KUSC Sundays at 7 pm through October 6. We also wrote a few LA Times pieces about the Ford Amphitheater (for our Viver Brasil review, click here; for our story on Lula Washington Dance Theatre and Complexions Contemporary Ballet Company, click here). Complexions is co-directed by Dwight Rhoden and Desmond Richardson, the latter also a phenomenal dancer, who gifted the audience with a solo (below), making the night even more magical. Truly, folks, there are no more fantastic places to be in the summer in L.A.  than at the Bowl and the Ford. 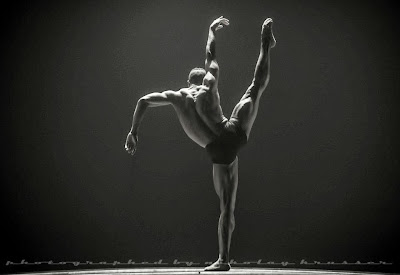 In August, we celebrated our birthday in Palm Springs, where the thermometer hit 108 degrees, which did not hamper a lovely visit with our long-time friend, artist Russ Butler, and also included a happy hour visit to Wang’s, where we knocked back 2buck Scotches. Back in the City of Angels once again, we took in the final program of American Contemporary Ballet’s second season, one that featured (as always) live music, including Debussy’s Danses Sacrée et Profane. 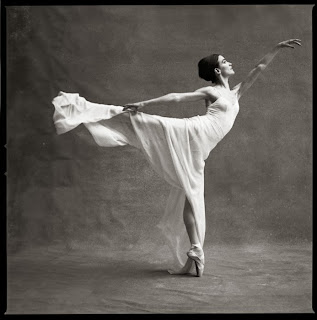 We are particularly fond of that work, as it was a mainstay of our harp repertory. Cheers, then, to artistic director Lincoln Jones, for his astute and beautiful sense of programming – and to his vibrant, visceral choreography that, apart from being supremely musical, is thought-provoking and wonderfully satisfying. A shout out, as well, to several of the dancers, notably Theresa Farrell (left, photo by Lauren Ward), Zsolt Banki, the only male in a company of 10, Crystal Serrano and Lydia Relle,  the other terpsichores, equally gorgeous, graceful and awe-inspiring, notwithstanding. 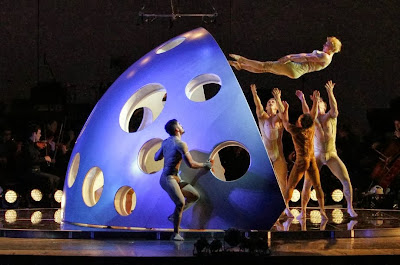 Throughout the summer months we also made a series of visits to the Diavolo studio, where Jacques Heim, artistic director and architect of motion for the troupe he founded in 1992, was working on the final part of its Los Angeles Philharmonic trilogy, collectively known as L’Espace du Temps (right). We then wrote a story for the Los Angeles Times that printed before the company’s triumphant September 5 appearance at the Bowl (click here for that). We can’t say enough about the work, Fluid Infinities, set to the music of Philip Glass (cover photo, featuring the brilliant Chisa Yamaguchi). 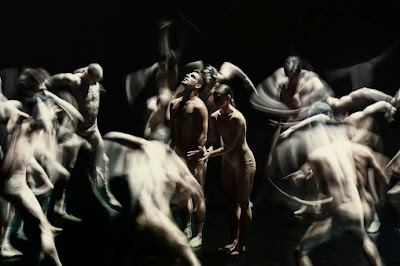 And for those who love their dance with music by Glass, Nederlands Dans Theater will be at the Music Center next month, with two of the works set to this titan of minimalism’s transfixing scores. Plus: Rounding out the evening is the West Coast premiere of Mehdi Walerski’s Chamber (left), a response to Stravinsky’s The Rite of Spring, with original music by Joby Talbot, on the occasion of this, the 100-year anniversary of the Stravinsky game-changer. Oh, and yours truly will be doing the pre-concert talks at all three performances, as well as having written the article in the October issue of Performances Magazine.

But we digress: We also penned a handful of KCET Artbound stories, including one about the incredibly talented portrait photographer, Christofer Dierdorff (click here for that), and two articles covering Prometheus Bound. Directed by the visionary Travis Preston and starring the indefatigable Ron Cephas Jones (click here for that), Prometheus is set on a 23-foot revolving wheel (below), and it features music by Los Angeles’ very own Vinny Golia (we love this dude!), as well as a chorale score by up-and-comer, Ellen Reid. Click here for our interviews with the musicians, then hurry down to the Getty Villa, where the production runs through September 28. 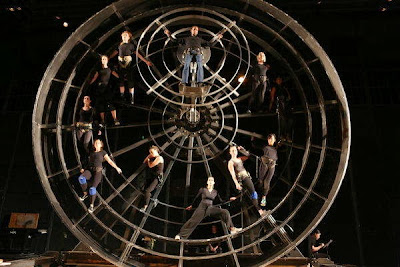 Still to come: our story on the 10th anniversary of Walt Disney Concert Hall and a think piece on Einstein on the Beach – both for Artbound. We’ll also be at the Hall on September 30 for the gala concert, then you’ll find us at the Dorothy Chandler Pavilion for Einstein (October 11-13), which comes to Los Angeles some 37 years after its groundbreaking premiere. Yes, we did see it in Brooklyn in 1992, which makes us that much more excited to check it out again. It’ll also be cool to hear Glass, Robert Wilson and Lucinda Childs talking about the historic work at Royce Hall on October 11, in converstation with the arts activist, the amazing Ms. Edmunds. 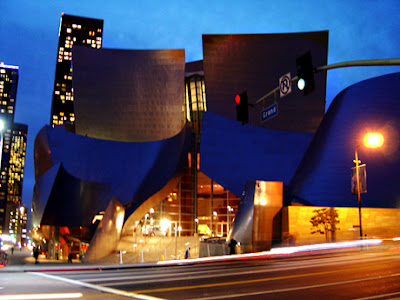 If we’ve left anything out (and we’re sure we have), we promise to be more diligent in our blogging this season. Finally, with tomorrow the first day of fall, we’re fired up and ready to go. We hope you are, too.

Victoria Looseleaf is an award winning arts journalist and regular contributor to the Los Angeles Times, KUSC-FM radio, Dance Magazine, Performances Magazine and other outlets. She roams the world covering dance, music, theater, film, food and architecture. Have pen - and iPad - will travel! Her latest book, "Isn't It Rich? A Novella In Verse" is now available on Amazon. Thank you for reading! Cheers...
View all posts by Victoria Looseleaf →
This entry was posted in Uncategorized. Bookmark the permalink.