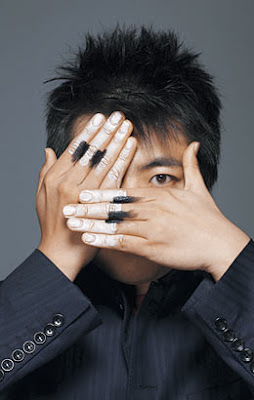 He’s got both his groupies and garden-variety fans – as well as the whole world (or most of it, in any case) – in his precious hands: those hands that plunk out everything from Mozart, Rachmaninoff and Beethoven, to Chopin, Prokofiev and Liszt. (It’s Franz’ 200th birthday and consequently a big year for all things Lisztian, with Lang releasing an album of that titan’s music in October, along with a DVD of his life – Lang’s not Liszt’s.) 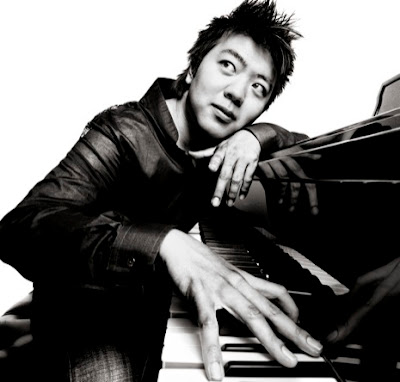 So how was it speaking with the Chinese-born superstar who began playing piano at age two (talk about tiger moms…)? Well, since The Leaf only got 10 minutes – 11 counting the 60 seconds she had to set up her microphone – in his dressing room at the famed Hollywood Bowl, it was short and sweet(ish). Oh, and happy 90th birthday, as well, to the Bowl, one of Los Angeles’ most beloved venues. Of course, the purpose of the, er, interview was to promote Lang’s first appearance with Gustavo Dudamel conducting the Los Angeles Philharmonic. (Click here to read one of The Leaf’s posts on the fantastic maestro from Venezuela, another megastar.)

And while there is no disputing Lang’s phenomenal technique and rock-star status in the somewhat sacrosanct world of classical music, some critics have carped about his histrionics and Liberace-like affectations while performing. (Personally, The Leaf likes Liberace, so click here to see her farewell to the Liberace Museum in Vegas.)

But success breeds contempt, and since Lang has been wowing billions, including those viewing the 2008 opening ceremonies of the Olympics in Beijing, while the next year he was named one of Time Magazine’s most influential people (there were 100 in total), Lang’s über-presence can get under some peeps’ skin. Not to mention that this is all heady stuff for someone under 30. (Hello Mark Zuckerberg…) 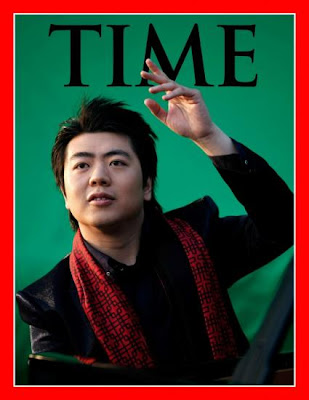 Lang Lang enjoying his Time in the spotlight.

Ach! The Leaf is still thrilled to have chatted with him. Whether there’s an entire radio story to be had, she’ll have to figure that one out anon. Hopefully, there is, as Lang talked about the meaning of his name, “brilliant guy, man, whatever,” he said, to which she replied, “doubled!” He also talked about the fact that he’s still working on Bach’s Goldberg Variations in order that he might record the monumental work – “some day.” To Lang, ancient history is something that occurred, say, four years ago, when he released his first autobiography, Journey of 1,000 Miles. And not to worry: Fans can look forward to Volume 2 in the not so distant future. 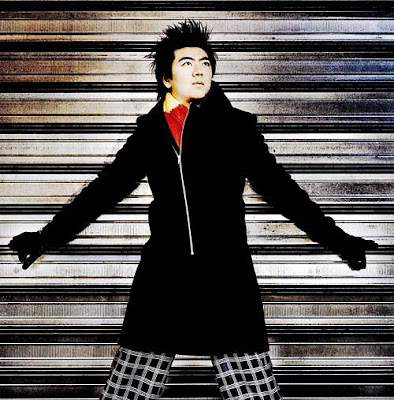 In the interim, click here to listen to her two KUSC Spotlight on the Arts with Lang. And keep spreading the music…