On Films, Figgis and Fouettés 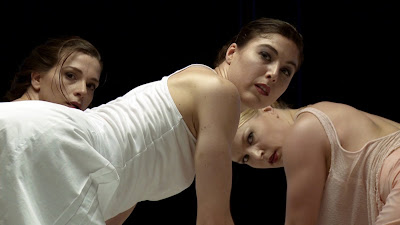 In less than 24 hours The Leaf will be winging her way to Amsterdam, where she once had a houseboat – The Victoria L (on the Prinzengraacht; it seems that every canal reveals something fabulous) – while the performing arts scene continues to compel in Holland. And much as she would love to attend the four-day Dance Camera West festival – founded by Lynette Kessler and currently celebrating its 10th anniversary – alas, The Leaf won’t be in town June 16-19.

But she did write a story for the Los Angeles Times, chronicling this year’s offerings, with a special nod to the wonderful filmmaker, Mike Figgis, who is probably best known for helming Leaving Las Vegas, the only film in which The Leaf can abide Nicolas Cage. The good news is that Figgis will be at the screening – the U.S. premiere – of his, The Co(te)lette Film. 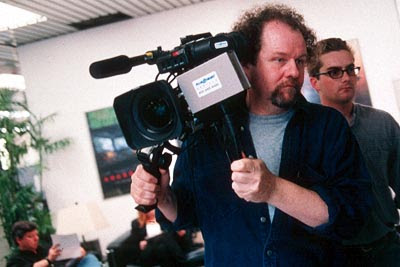 Portrait of the artist as a cool filmmaker

Relentless, with award-winning choreography by Ann Van den Broek, the 55-minute Co(te)lette – literally – “a piece of meat,” is a kind of postmodern Showgirls meets Fight Club with a dance marathon vibe.

Heady stuff, fersure. In any case, click here to read the LAT story while The Leaf gets back to her packing. And Angelenos, you’re gonna love, love, love DCW. It’s one of the great festivals that combines dance, film, movers, shakers and all that is good about the City of Angels. Au revoir!