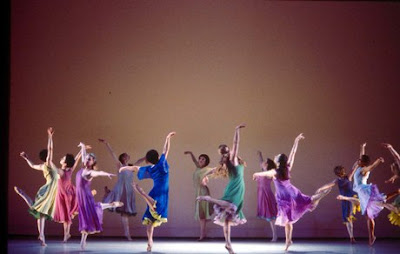 How do I love thee, Mark Morris? Let me count the ways. Let’s just say that The Leaf has been a major fan since you choreographed John Adams’ opera, Nixon in China, and the brilliantly hilarious Hard Nut, lo those many moons ago. And, mais oui, she’s wild for your undeniable masterpiece, George Frideric Handel‘s L’Allegro, il Penseroso ed il Moderato, which she checked out in 1997 at Segerstrom Center for the Arts – worth the trek – and absolutely adored.

Congratulations, as well, on the 30-year anniversary of Mark Morris Dance Group and may you have another 30 wondrous years. In the interim, for all you Morris aficionados – and they are legion – click here to listen to my KUSC-FM interview with the master of postmodern dance. He talks about creating L’Allegro, which is a first-time collaboration with Los Angeles Opera and runs May 5-8 at the Dorothy Chandler Pavilion. There’s chat, too, about the fact that some of his works feature dancing so natural looking that some people believe anyone can, well, dance them.

Hah! Mr. Morris doesn’t buy it and has some choice remarks to that effect. 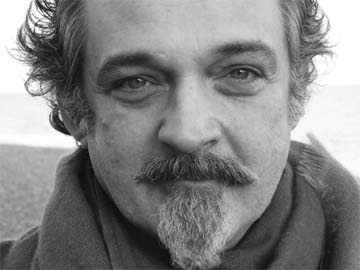 The interview is also filled with lots of Morrisisms, including his talking about a new “side” career – conducting, which he does barefoot, cuz his feet sweat. And then there’s his take on Jennifer Homans’ tome, Apollo’s Angels, a wonderfully written history of ballet. But let’s just say that though the Markster and The Leaf agree that while the first 500 pages are stellar, it’s Homans’ epilogue that’s causing a ruckus: The author writes that ballet is dead or dying, and Morris won’t have it. (Nor will The Leaf – Morris is a prime example, helloooo…that ballet is alive and well in the 21st century). 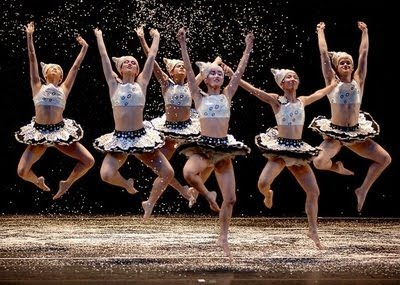 Kicking up confetti in The Hard Nut with balletic brio.

Indeed, the erstwhile bad boy of dance speaks his mind, but since his remarks on the death of ballet are unprintable – and unairable – those illustrious words, alas, are not included, save in the archives and vaults of The Looseleaf Report. (And speaking of words, check out my 2007 Los Angeles Times interview with Morris here, not to mention that the über-talented multi-hyphenate has also been the subject of a major biography – by Joan Acocella – that was published in 1995, wouldyabelieve.) Now, some 16 years later and still at the top of his game, Mark Morris rules.

So, let’s crank up the Handel and dance, folks!