Posted on December 29, 2016 by Victoria Looseleaf 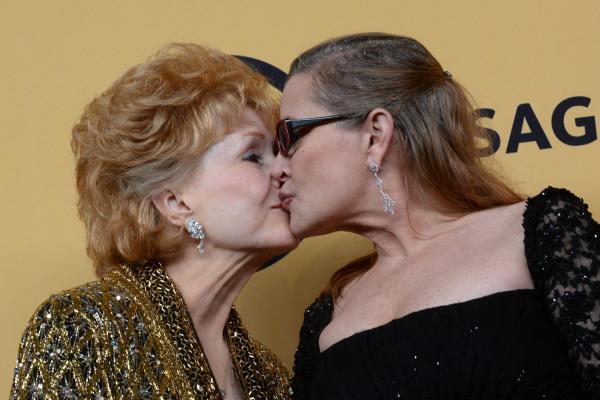 While we were writing this yesterday, the unthinkable happened: The winsome, beautiful, supremely talented and loving mother, Debbie Reynolds, died, one day after her equally brilliant daughter, Carrie Fisher.

This is our tribute to a Hollywood Love Story like no other.

When Carrie Fisher, actor, author, screenwriter and rebel princess, suffered a cardiac incident on a flight from London to Los Angeles, social media was flooded with well wishers from across the globe. And when her condition was described as ‘stable’ a day later, we hoped against hope that this singular woman would once again triumph. Alas, it was not to be, as Carrie lost the good fight on Tuesday, December 27, 2016. 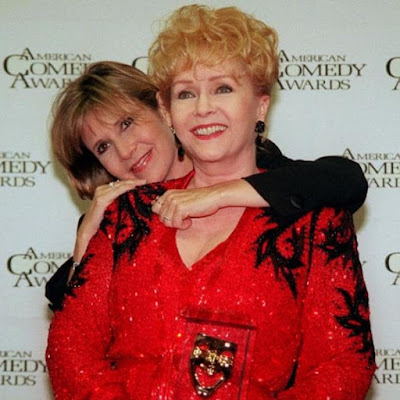 How could it be, then, that some 30 hours later, the unsinkable Debbie Reynolds would pass away? Her son, Todd Fisher, said she died of a broken heart and wanted to be with Carrie.

To say that this year has been an annus horribilus is an understatement (click here, though, for our best of 2016 dance), with musical,  literary, journalistic, political, comedic and athletic icons dropping in record numbers. An abbreviated list includes Gene Wilder, Harper Lee, Alan Rickman, Glenn Frey, Prince, David Bowie, Muhammad Ali, Garry Shandling, Sharon Jones, Anton Yelchin, Gwen Ifill, Janet Reno, and Leonard Cohen. (The political reality of 2016 is another horror story, so let’s just refer to the buffoon-in-chief-elect as hashtag, #NotOurPresident, and leave it at that.) 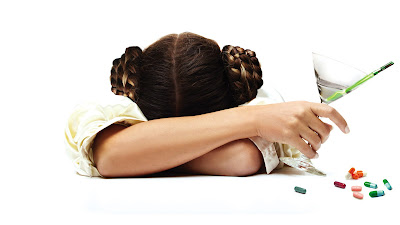 And while we could write volumes about so many of those who passed away this year, we thought we would post this lively conversation we had with Ms. Fisher in 2006 as our way of writing  program notes for her one-woman show, Wishful Drinking. The theatrical gem had its world premiere at the Geffen Playhouse when we were the theater’s program annotator before moving to Broadway. Here, then,  A Few Words With Carrie Fisher.

“The trick in my family,” says Carrie Fisher, daughter of Hollywood royalty and raconteuse extraordinaire, “ was not to go into show business. The trick was to get out of it.” 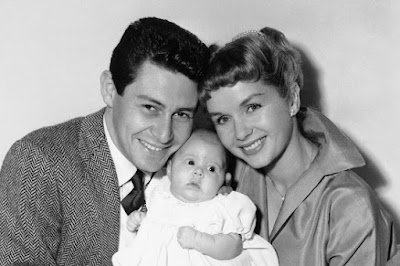 But with Debbie Reynolds, tap-dance queen and 1950’s movie star her mother, and crooner/cum/actor Eddie Fisher her father, the Tinsel Town gene ultimately proved too strong, hard-wiring itself into Fisher’s DNA in order to produce one of pop culture’s most daring, original – and outrageously witty – minds on the planet.

The 21st century’s answer to Dorothy Parker, Fisher is also author of four best-selling novels, including the autobiographical Postcards From the Edge, which became a hit film in 1990 as Meryl Streep assayed the Fisher role and Shirley MacLaine donned the Reynolds persona. 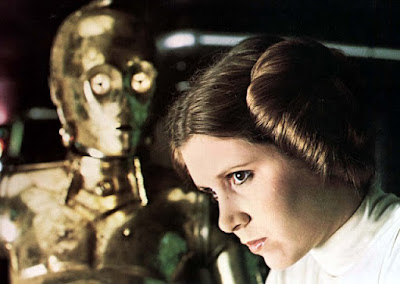 In addition, Fisher, herself, achieved iconic status, having gained international recognition at age 19 as Princess Leia, the donut-coiffed heroine of Star Wars, and the subsequent smash hit sequels, The Empire Strikes Back and Return of the Jedi. 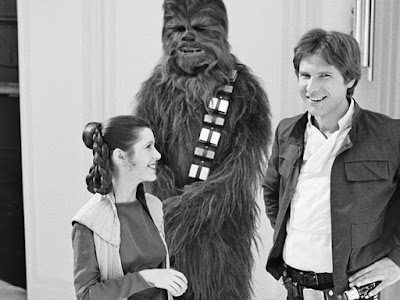 But every princess has her pea, and Fisher ‘s bugaboos have been, to put it mildly, legion, not least of which have been her drug abuse jags and mental breakdown, the latter a result of a serious bipolar disorder.

“If my life weren’t funny,” insists Fisher, who celebrated her 50th birthday last month, “it would just be true, and that’s unacceptable.” 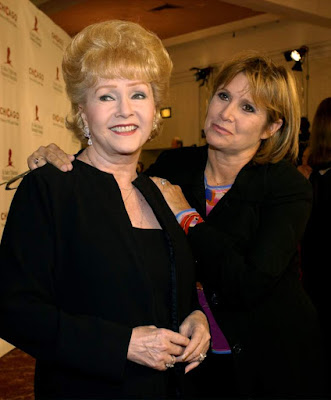 Indeed, turning truth – in this case her life, a kind of Father Thinks He Knows Best meets Ozzy Osbourne and Arrested Development – into a one-person show, Wishful Drinking, Fisher follows in the footsteps of renowned female monologists that harken back to Ruth Draper and today include Lily Tomlin, Elaine Stritch and Julia Sweeney. Fessing up about her folks, her foibles and her fame, Fisher, a comic tsunami, takes us through a tour-de-force roller coaster ride of epic proportions.

More Girl, Interrupted …and Jump-Started By a Ferrari than mawkish confessional, the 90-minute show, directed by Joshua Ravetch, is also a survivor’s tale, albeit one in which a heroic Fisher manages to land on designer-shod feet. 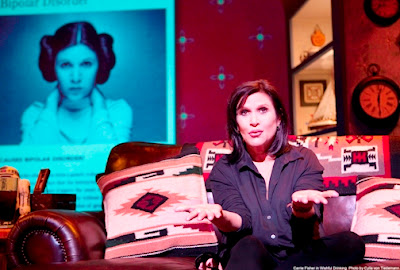 “I always want to say it’s a one-and-a-half woman show,” explains the scribe who will, in a nod to her vocal pedigree, warble a bit throughout the evening, accompanied by onstage pianist Jerry Sternbach. “But I’m not here to hurt anyone’s feelings. There’s not going to be a lot of Hollywood scandal, because I don’t need to drag everyone else down with me.” 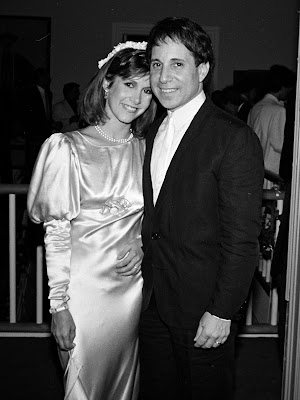 Fisher’s own scandals, after all, are supersized. Whether talking about her  marriage to music legend Paul Simon in 1983 (right), which was fictionally chronicled in her second novel, Surrender the Pink, or her relationship with CAA uber-agent, Bryan Lourd, the dude who conveniently forgot to tell her he was gay, this master of the bon mot may go for the jugular, but only her own, as she commits satiric seppuku before a live audience. 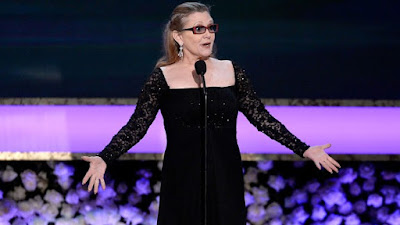 Of her Daddy Dearest-like father, the erstwhile singer who left Reynolds for Elizabeth Taylor, and in between marriages dated Marlene Dietrich as well as becoming a drug-addled patient of Dr. Max “Feelgood” Jacobson (JFK was among his other celebrity patients), Fisher quips: “My father’s more designed to be a boyfriend than a parent. I think he’s had four or five wives – maybe six.”

It is, however, from her father that Fisher believes she inherited her manic depression, recalling the time when she was 14 and he had bought 200 silk suits in Hong Kong. “We go to his closet and there they were – all in different colors, orange, green, magenta. Talk about crazy.” 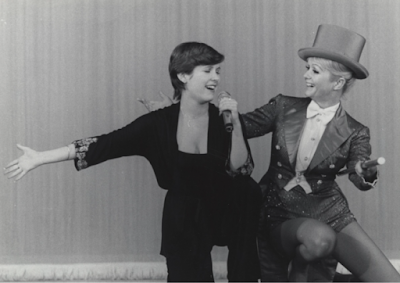 Performing in her mother’s Vegas act at age 13 and making her Broadway debut with Reynolds in the 1973 revival of the musical Irene, Fisher also attended London’s Central School of Speech and Drama. Happily, she admits to a good relationship with Reynolds, who, not coincidentally, lives next door.

“I was always terrified of being onstage, but the big bond I had with my parents was singing and music. They loved being on stage and my mother wanted me to do that. She is all over this one-person show. I don’t have to ask her for notes, she’s in. And since I can’t take drugs any more, I might as well go on stage.” (Photo below by Lawrence Schiller, with six-year old Carrie watching her mother perform at the Riviera Hotel in Las Vegas.) 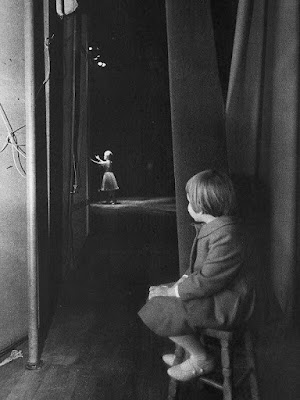 Now sober, but still in therapy, Fisher will also open up a metaphoric vein to discuss her slip after a friend woke up next to her in bed: dead. With Wildean zeal, the monologist regales with a story of going to a grief counselor.

“She tells me, ‘I’m so sorry we had to meet under these conditions.’ I swear to you. What I’m finding now is I have a lot of jokes I’ve come up with over the years to deal with difficult things. That’s how I’ve coped.” 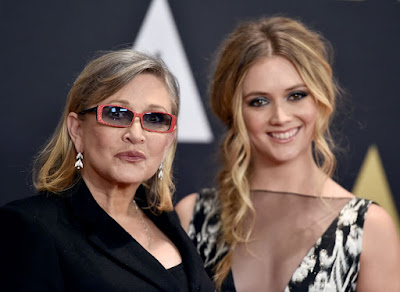 The single mother of a 14-year old daughter Billie [right, 2015 and now 24], Fisher is a multi-tasker who is also working on a project for Fox Television and adapting her last novel, The Best Awful. She is anything but an absent parent.

“With my father, what you see is what you don’t get,” says Fisher, who once counted Connie Stevens as a stepmother. As for her current dating life, that, too, is open for discussion.

“If I were gay,” she adds with Fisheresque brio, “I would go and find some woman that was just like Debbie Reynolds and work out all my Debbie Reynolds’ stuff with her. Or I’d find an Eddie and whatever my trip was with him, it’d be the same thing. Either way, it’s all complicated.”

Carrie Fisher, gone at 60, will live on in our hearts – and on screen and in print – forever. Recalling that we took our beloved friend, Taylor Negron, to the opening night of Wishful Drinking, we believe they’re already trading gibes and stories wherever they are. And in a surreal vein and what also seems to be a macabre end to 2016, they are joined by Debbie Reynolds, who, though dead at 84, leaves an indelible legacy that will never die. 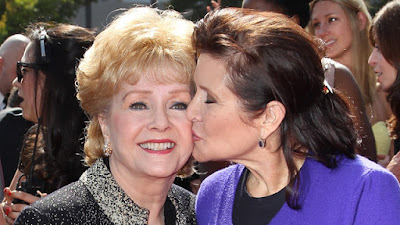 As part of our Carrie tribute, we included snippets of our  2001 interview with Debbie Reynolds for In Los Angeles magazine (she was touting an upcoming Hollywood Bowl performance), and were struck by the fact that we asked her what she wanted on her tombstone. Reynolds, who was only 68 at the time, replied:

“I really don’t know. I’ll leave that up to my daughter, the writer,” said Reynolds, before she burst into laughter and began spouting a litany of tombstone adages for possible engraving. 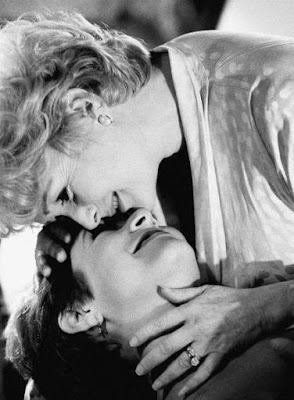 “Unsinkable Debbie,” she blurted out. “I’ve Tried My Best.” “Ain’t Down Yet.” One of those. Actually,” she added, “I’m having a statue made for my grave with a checkbook in one hand and a telephone in the other. It’s always business and paying off, that’s been my whole life. Be prepared for death in the same way. Maybe it should say, “I Got The Money. I’ll Pay You. I’m Ready, I’m Ready.” 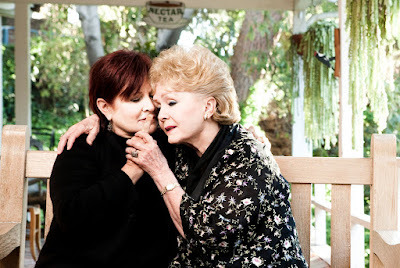 Sometimes life is just not fair.

For now, take a look at this unique mother/daughter team singing in 2011 (above), and know that we can also look forward to seeing the HBO documentary, Bright Lights: Starring Debbie Reynolds & Carrie Fisher in early 2017. RIP magnificent women…