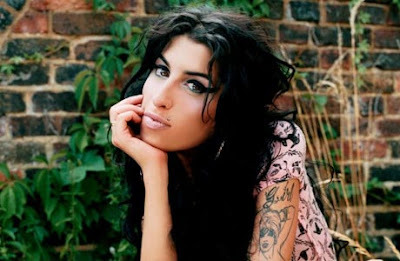 Another day, another death. I don’t like to check email on the weekends, just crank out articles. But my iPhone and iPad were chirping incessantly last Saturday as I was writing my first script for the Los Angeles Philharmonic broadcasts at the Hollywood Bowl (to air on KUSC-FM beginning Saturday, August 6 at 2 p.m. with Gustavo Dudamel and Lang Lang – together for the first time).

So I peeked and was in for a shocker: Chanteuse/songwriter/doomed damsel Amy Winehouse, 27, had been found dead in her Camden home. No details as to cause, which was stated as ‘unexplained.’ Autopsy results have thus far proved inconclusive. What is conclusive is that Ms. Winehouse, a mega-talent bigger than her insanely high beehive, was a throwback to 60’s girl bands, soul music, funk and blues – of whatever era. 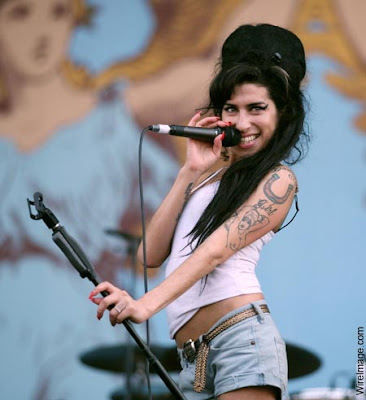 She was our Billie Holiday, our Edith Piaf, her desperately emotional voice and plaintive lyrics speaking to us from another place, yet one we all recognized. As The Leaf continues to memorialize the dead in recent weeks, again, she reminds you that she is not an obituary writer, so please click here to read the New York Times death notice (and here to read the NYT’s Jon Pareles’ insightful appraisal of the woman taken too soon from us).

Amy, we hardly knew ya. We understand that you were recording new tracks for a long overdue recording – Ms. Winehouse only released two CDs, the astonishing Grammy award-winning Back To Black from 2006 and her 2003 recording, Frank – so we have those tunes to look forward to. But, like Janis, Jimi, Jim and a slew of other iconic musicians who left us too soon, you have now ascended to the pantheon of those forever frozen in time. Farewell, my lovely London Jewess.

The Leaf also wishes to bid adieu to another singer/guitarist: Milly Del Rubio. The last surviving triplet of an all-girls’ band (?), the Del Rubios, Milly joins identical trips Eadie and Elena, the gals who performed into their 70’s (or beyond, no one really knows), strumming guitars and dishing out unique harmonies of pop tunes in their own inimitable style. Some would say that they played guitars badly and sung even worse, but theirs was such a unique sound – and their costumes – matching tops, hot pants and white go-go boots – proved the apotheosis of kitsch. 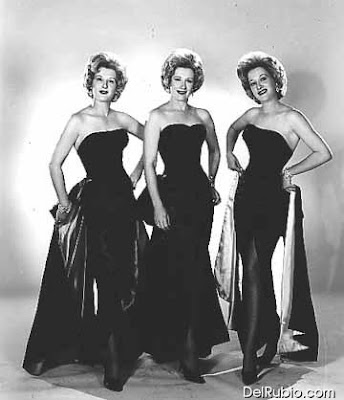 The Trips made several appearances on The Leaf’s erstwhile cable access TV show, The Looseleaf Report, beginning in the late 80’s (their first appearance on The Leaf’s show was with Huell Howser, a beloved PBS chronicler of Californians who did one of the first stories on the sisters), and she loved them. Adored them. The Leaf even used clips of them in both the opening and closing credits of The Looseleaf Report – and also paid more than one visit to their triple-wide trailer in San Pedro, where the blond sisters, who were born in Panama, slept in the same bed – in formation (Milly on the left, Eadie in the middle, Elena on the right – the way the girls were positioned at birth). 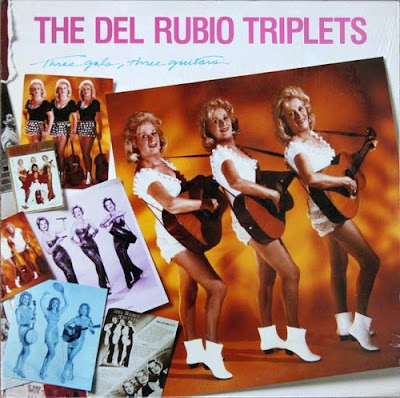 Talk about originals. These gals performed in nursing homes for years, bringing joy and pleasure to the residents, even after they’d been “rediscovered” by pop songwriter, Allee Willis. Soon the gals were making guest appearances on shows such as Pee Wee’s Playhouse, The Golden Girls and Married With Children. Thank you, Allee, for giving the world another glimpse of such rare and beautiful human beings.

Now living on in The Looseleaf Report archives (as soon as The Leaf begins digitizing her shows, she’ll begin uploading segments to The Looseleaf Report YouTube channel), and already an internet sensation, clips of the Trips can be seen singing some of their classic hits, including These Boots Were Made for Walking (eat your heart out, Nancy Sinatra), I Will Survive (ditto, Gloria Gaynor) and What Have I Done To Deserve This, the Pet Shop Boys’ hit penned by Ms. Willis. 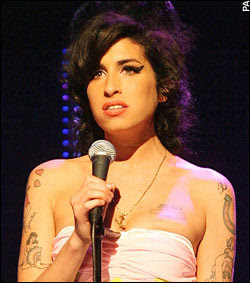 Goodbye Amy, aloha, Milly, and thank God for all the music you gave us.