Heartfelt Harmonies for the Holidays – and Whenever! 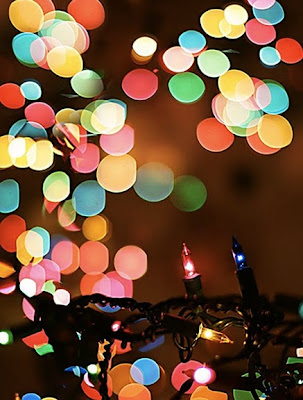 Cuddle up in front of a cozy fire, crank up your CD player and get swooped away by the power of music – courtesy of Harmonia Mundi USA. And who knew that this wonderful indie music label was headquartered in France? Certainly not I, until I wandered into their shop in Lyon this past September while covering the fabulous Dance Biennale. (Read my review here.) A Latin phrase meaning harmony of the world, HM has been releasing gorgeous – and important – music since 1958.

In 2010, boxed sets continue to be all the rage. Check out the 10-CD set, Early Music, with various artists performing a diverse selection of tunes from before 1600. Offering more than 12 hours of glorious music, these discs comprise a unique guide to the fascinating melodies of the period (and there are, trust me, plenty). Linking the tunes with the historical and geographical context of the times, the discs include detailed booklets illuminating the eras. Think Henry VIII – or rather, Jonathan Rhys Meyers in Showtime’s The Tudors – where dancing – along with sex, eating and beheadings – are recurring activities to the popular Renaissance music of the day.

Moving forward through time is Mozart’s Die Zauberflote (1791), one of my all-time favorite operas, and not merely because of the beloved Queen of the Night aria. Sure, it’s a trip seeing the work live onstage (uber-director Julie Taymor – she of Broadway’s soon-to-open Spider-Man: Turn Off the Dark – created a particularly memorable production for the Metropolitan Opera in 2004), but being able to listen to Mozart’s two-act masterpiece, including in the car, is always a delight. This new double CD recording, featuring Akademie für Alte Musik Berlin and conducted by Rene Jacobs (the Belgian maestro snagged a Grammy for his Marriage of Figaro in 2004), also includes a 314-page booklet with a full libretto. Kudos to Jacobs, then, who fuses the opposing strands of Mozart’s tale of light and dark, fire and water and the heavens and Earth into a performance as enchanting as it is profound. Magnifique!

Finally, this being Nutcracker season, a bit of Tchaikovsky is in order. And who won’t fall in love with Maestro Daniele Gatti leading the Royal Philharmonic Orchestra in these visionary, romantic readings of Tchaikovsky’s last three symphonies. A specially priced reissue, the trio of discs also includes the composer’s Capriccio Italien, his Romeo and Juliet overture and the much-loved Serenade for Strings, which choreographer George Balanchine made even more famous in his 1934 ballet, Serenade, the Russian genius’ first American classic that continues to be performed around the globe to this day.

So, put up your feet, quaff an eggnog – or two – and revel in music that not only spans the centuries, but will surely capture hearts and replenish souls. (And, as an erstwhile professional harpist who played more than her share of holiday soirees – schlepping the harp, oy, was no easy feat – I can vouch for the eternal nature of these recordings, no matter the season. In any case, apologies, for injecting myself into this post with a rather, er, shameless plug, but this is, after all, The Looseleaf Report…) Ergo, cheers, friends! 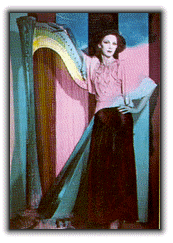