Joshua Bell and Jeremy Denk: Brio and Drama In Spades

Posted on February 19, 2012 by Victoria Looseleaf 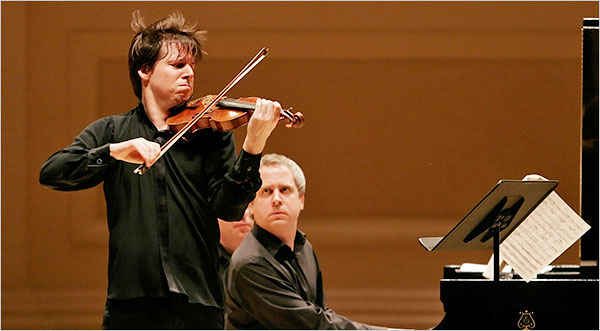 After seven years of performing together, two rock stars of the classical world – Grammy award-winning violinist Joshua Bell and pianist Jeremy Denk – have finally made their first recording together, French Impressions (Sony Masterworks). We’ve seen these instrumentalists each perform with the Los Angeles Philharmonic – to hair-raising effect (click here and here for our musings) – but not together yet. Happily, these good friends and fiendishly busy musicians found time in their schedules (Bell is on the road some 100 nights a year, Denk has been blazing a similar trail), to come together in the studio, with this release one of the year’s early gifts. 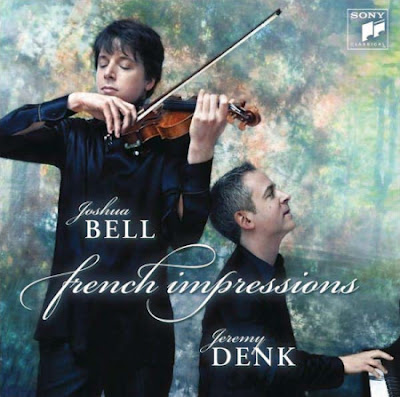 Elegant and, quite frankly, addicting (we’re also hooked on PBS’ Downton Abbey and will be suffering from withdrawal when Season 2 ends, boo hoo), the disc features Camille Saint-Saëns’ emotionally heated Sonata No. 1 (the composer is known for many tunes, including the terpsichorean classic, The Swan; click here for that) and César Franck’s moody violin Sonata in A major, the disc’s centerpiece. 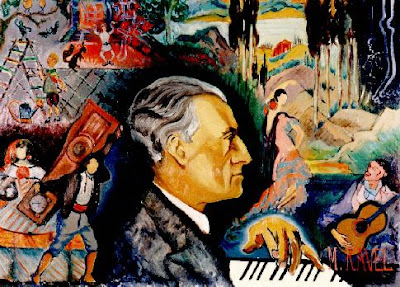 Completing the recording is the très hip, neo-bluesy sonata of Maurice Ravel (left). Each work, however, is itself a tapestry of lyricism and dramatic urgency, the result a textured and captivating soundscape. (Another artist working during the Impressionism era was Vincent Van Gogh; click here for our review of Van Gogh: The Life, an epic new biography by Pulitzer Prize winning authors, Steven Naifeh and Gregory White Smith.)

But we digress: Not for nothing did the New York Times write of the duo’s 2010 performance of the Saint-Saëns: “Mr. Bell and Mr. Denk gave a passionate performance…” [with] “plenty of fireworks in the whirlwind of the concluding movement.” 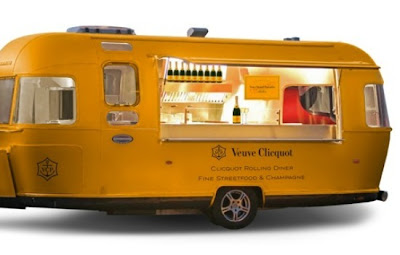 And though the sonatas may be a wee bit familiar, Bell and Denk keep things fresh, allowing listeners to feel the players’ sense of wonder. Also cool: Denk, a witty blogger (Think Denk), provides some wonderfully incisive liner notes. So, sidle up to the Veuve Clicquot trailer (really?!), and crank up your iPod with French Impressions. Mais oui!