Bring On The Tulle

Posted on June 6, 2011 by Victoria Looseleaf 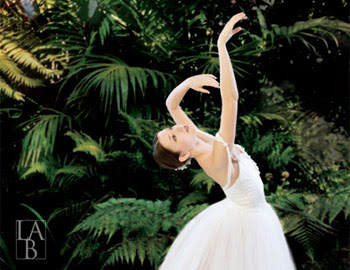 It was a glorious evening on all counts when Los Angeles Ballet presented its first Giselle. This is a particular ballet favorite of The Leaf’s, not least because it features a second act with a host of Wilis, Slavic for ‘vampire,’ or what The Leaf prefers to call, well, ‘jilted damsels.’ (Click here to read her Dance Magazine review.)

Not only did the troupe, co-directed by Thordal Christensen and Colleen Neary, pull off this Romantic masterpiece with aplomb, but it also hosted a fabulous gala with a Midsummer Night’s Dream theme. Chaired by Lori Milken (and friends), designed by Billy Butchkavitz (The Leaf loved the yellow roses), and catered by onsite chef du jour, Wolfgang Puck (the lamb chops were plump and pink, in other words, perfectly succulent), this was a beautiful night, and certainly one to remember.

Helping ensure that the troupe, which just finished its fifth season, keeps on bourréing, was Ryan Kavanaugh, head of Relativity Media. A comparative newbie to the art of the toe shoe, Kavanaugh, who is engaged to LAB dancer Britta Lazenga, sponsored several dancers that night at $25K a head (or foot, so to speak). Whatever: It’s fabulous that Hollywood should finally begin picking up the mantle of serious dance in Los Angeles. Oui! 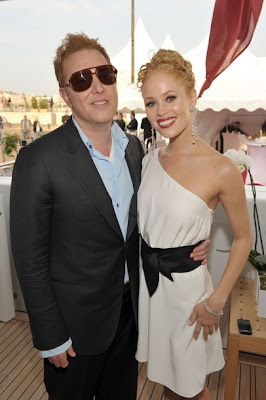 Other prominent peeps in attendance: Kiernan Shipka (she plays Sally Draper on the brilliant TV show, Mad Men), and Michael Milken, husband, of 42 years, to Lori. The couple are LAB board members, with Michael also serving as auctioneer for the post-dinner proceedings. Kudos to Milken, then, for helping raise a tidy sum, as well as injecting a bit of, er, humor into the event: When Milken thanked former Governor Gray Davis for committing to a pair of autographed pointe shoes ($1K), he added, “So how come your people, Governor, didn’t know that your opponent had a child out of wedlock?”

Ah, the merging of politics and art: Davis had lost the 2003 recall election to Arnold Schwarzenegger. Fast Forward to spring 2011, when the nation learned that the Terminator has a teenage son running around whose mother is not, gulp, Maria Shriver. Would California have had a Governator had that dish been uncovered? Oy! 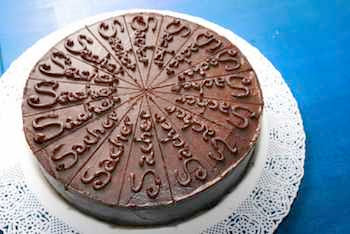 That said, bring on more wine, desserts – sumptuous chocolaty things – and the gift bags. (Gotta love those totes, especially ones featuring several skin care products, a sequined toe shoe and an extra large LAB t-shirt commemorating the night.) The symbol for a fifth anniversary is wood, so happy anniversary Los Angeles Ballet – and wood that you have many, many more!