Posted on June 4, 2011 by Victoria Looseleaf 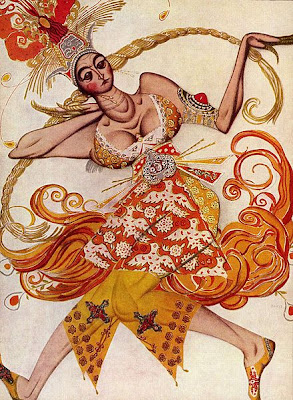 The brilliant impresario and founder of the Ballets Russes, Sergei Diaghilev, is a titan in the dance world. Too bad he never wanted his famed troupe filmed during its brief existence. (Founded in 1909, it was disbanded in 1929 after he died in Venice, where he’s buried.) Hallelujah, then for YouTube, with footage ranging from Anna Pavlova (a three-minute Dying Swan is, well, to die for), and about five seconds of a blurry Nijinsky, to oodles of photographic montages of dead dance stars such as Lifar and Karsavina), all set to über cool music.

But The Leaf also loves the old-fashioned method of watching DVDs in the comfort of her living room on her HDTV set. That’s why she’s grateful for companies like VAI (Video Artists International) and Arthaus Musik in Germany for their fabulous dance catalogues. And while Netherlands Dance Theater may have recently performed in Los Angeles under the direction of Jim Vincent (to read my Los Angeles Times article click here; for my KUSC interview, click here), those who missed the concerts can now experience the troupe performing a slew of Jiří Kilián works courtesy of Arthaus Musik.

A terpsichorean marriage for more than 30 years, the brilliant collaboration between the Czech choreographer Kilián and NDT produced more than 60 – count ‘em – 60 exquisite contemporary ballets. Arthaus’ fabulous boxed collection (with dances from 1980-1984), includes Kilián’s Black & White ballets (hello, Falling Angels and Petite Mort), Kaguyahime – The Moon Princess, a third disc featuring Kilián’s seminal Stamping Ground and Sinfonietta, and a fourth DVD with L’Histoire du Soldat, with music by Stravinsky, who’s also buried in Venice. And speaking of Venice, The Leaf was in the audience in 2008 for the 6th edition of contemporary dance as part of that year’s Venice Biennale, when Kilián was honored with the Lifetime Achievement Award.

Who could ask for anything more? The Leaf can. And did. She also loves Arthaus’ 1990 disc, A Tribute to Alvin Ailey, with works such as Ailey’s Memoria, Witness and For Bird With Love rounding out a DVD that also features Ulysses Dove’s Episodes. This is great stuff. And so is the 1991 Houston Ballet DVD that features stellar performances of Christopher Bruce’s iconic Ghost Dances and Journey. Ben Stevenson, erstwhile director of Houston Ballet, also contributes his own work, Image. Flash forward to 2011 and the torch that Ailey had passed to Judith Jamison after he died in 1989, has been handed over to Robert Battle. (Click here to read my Los Angeles Times interview with Battle in 2004, the first with him for that paper.) 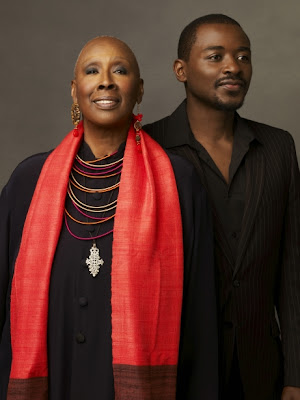 The Ailey baton has been passed. Long live Alvin Ailey.

Then there’s Dance Theatre of Harlem. Co-founded in 1969 by Arthur Mitchell and Karel Shook, the company had financial difficulties and temporarily shut down in 2004. Happily, it recently sprang back to life with Virginia Johnson at the artistic helm. For those wanting to see the divine Ms. Johnson in her prime, Arthaus has a terrific DVD (from 1989), with works including Agnes de Mille’s Fall River Legend and Lester Horton’s The Beloved. 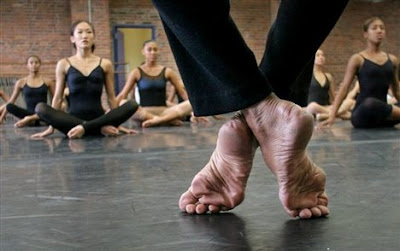 As much as The Leaf loves dance, she loves the fact that she can now see so much of it on her own time, in her own home, thanks to great companies like VAI International and Arthaus Musik. Brava and danke, merci, gracias and thanks. Keep ‘em coming.