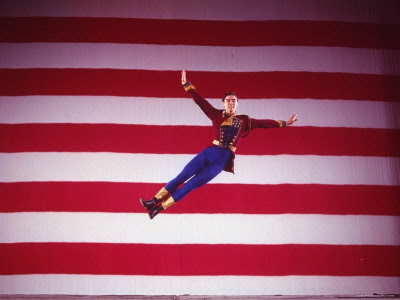 Born to dance! And then some. Jacques d’Amboise has lived the life that most terpsichores can only dream about. Joining New York City Ballet at 15 in 1949 – a year after George Balanchine and Lincoln Kirstein founded the prestigious troupe – he not only grew up in tights, but also helped popularize ballet in America. 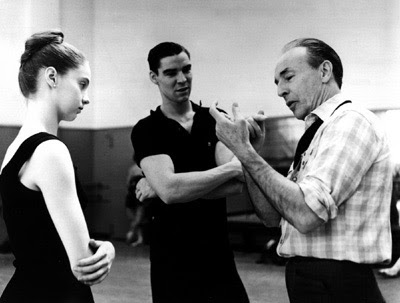 Suzanne Farrell, Jacques d’Amboise and Mr. B in rehearsal.

Premiering numerous roles as Mr. B’s alter (dance) ego, d’Amboise made his mark on the stage, in film (catch his indelible moves in Carousel and Seven Brides for Seven Brothers), and then came up with an equally brilliant second act: In 1976 D’Amboise founded National Dance Institute, an educational initiative that’s impacted more than 2 million children through partnerships with New York City schools and residencies nationwide and abroad. (California Dance Institute, founded in 2001 by former Joffrey Ballet dancer Carole Valleskey, is also thriving.) And as of October, 2011, NDI has finally given up its gypsy status and moved into a new home in Harlem; click here to read the NYT coverage on that wonderful news.

As if that weren’t enough, d’Amboise’s third act finale is equally impressive. After having raised four children with his late wife, Carolyn George – daughter Charlotte d’Amboise has been hoofing on Broadway in such musicals as, A Chorus Line – the man with the chiseled cheekbones and ready smile is also, it turns out, quite the writer.His memoir, I Was A Dancer (Knopf), a delicious tome teeming with balletic dish as it goes behind the scenes of City Ballet, has garnered rave reviews. 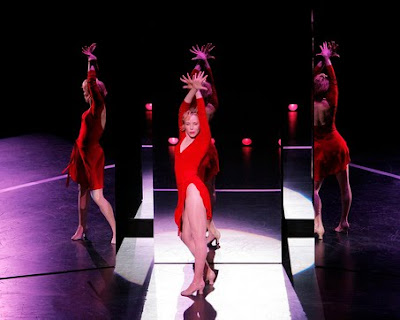 Charlotte d’Amboise strutting her stuff as Cassie in A Chorus Line.

And The Leaf was privileged to spend some face time with the dancer who was perhaps the best Apollo of all time, at least that’s what Allegra Kent, has to say about her long-time partner. (Below they’re dancing Jerome Robbins‘ Afternoon of a Faun.) The good news is that d’Amboise has lost none of his charisma, charm or zest for life. Click hereto read my blog posting for the Los Angeles Times, which then links here to my feature story on the one and only…Jacques d’Amboise. And for those wanting to hear the man, himself, click here for The Leaf’s interview with him on KUSC-FM’s Arts Alive program. 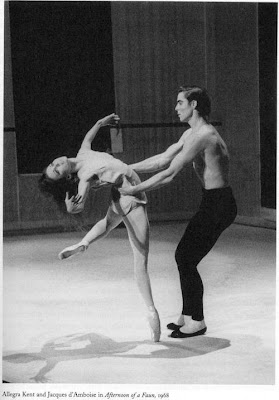