Posted on November 8, 2011 by Victoria Looseleaf 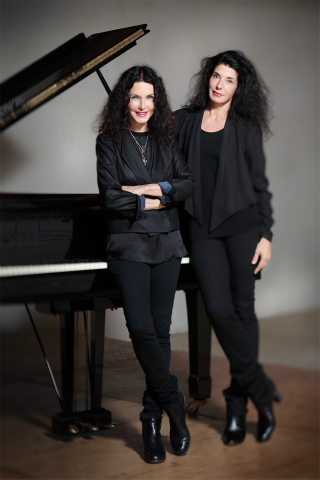 It’s no surprise that we’re lauding the praises – once again – of Katia and Marielle Labèque, the fabulous piano-playing duo that has been performing together for decades. (Click here for some of our past coverage.) Born in the Basque region of France and currently living in Rome and the South of France, the sisters recently appeared at the Hollywood Bowl (click here to read about that). This weekend they’re premiering a double piano concerto at Walt Disney Concert Hall. 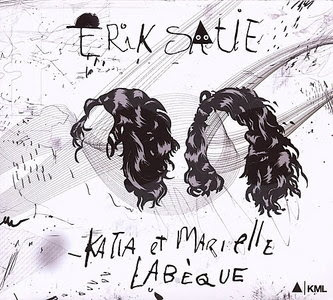 Written for them by Richard Dubugnon, Battlefield, Op. 54, is a concerto for two pianos and double orchestra. Commissioned by the Los Angeles Philharmonic and conducted by Semyon Bychkov, Marielle’s husband, this piece promises to dazzle. And, to get things going, the Labèques are also going to perform Ravel’s Rapsodie espagnole (for two solo pianos), the concert concluding with Rachmaninoff’s Symphonic Dances.

Prior to the siblings’ Bowl performance, we sat down with them for KUSC-FM radio. Our conversation covered the musical waterfront – and then some – including the forming of their record company, KML Records, the secret to their career longevity and the state of concert dress today. Being devotees of haute couture, Katia and Marielle were vocal on the subject, and though they don’t know pianist Yuja Wang and the brouhaha she caused in her orange micro-mini dress (click here for more on that), they believe there is no double standard when it comes to onstage garb.

For those who missed the KUSC broadcast – or for those who would like to hear the Labèques again, in their own words – click here for the November 5 Arts Alive show. Then get a ticket for Disney Hall and hear for yourselves why Katia and Marielle Labèque are rock stars of the piano…and Madonna’s favorite keyboardists. 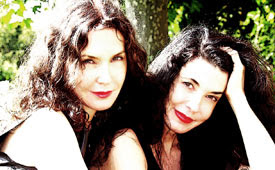