Why We Can’t Stay Home and Knit

Posted on October 28, 2013 by Victoria Looseleaf 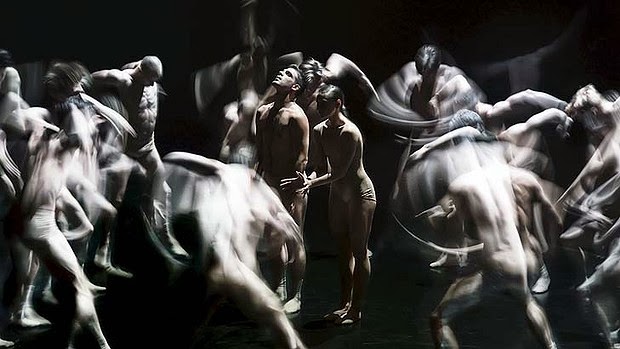 Our mother was a master knitter – and master bridge player. We do neither. Well, we did know how to knit once upon a time, although a scarf we, er, made, looked more like a bowling pin, so we gave that up. (Perhaps Merce Cunningham might have used the ungainly garment in his classic work, Antic Meet – below – but, truth be told, in 1958 we weren’t exactly aware of Postmoderism…) 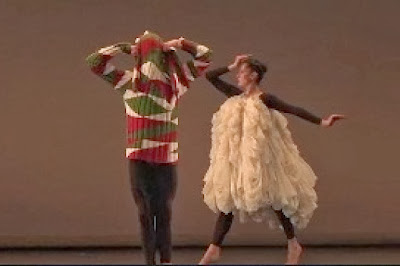 We digress: As we’ve mentioned, this has been a spectacular fall for culture in Los Angeles. We were particularly ecstatic about the four-and-a-half hour opera, Einstein on the Beach (click here for our KCET Artbound story on the opera that is not really an opera, nor is it about Einstein and there is no beach), and its attendant hoopla. 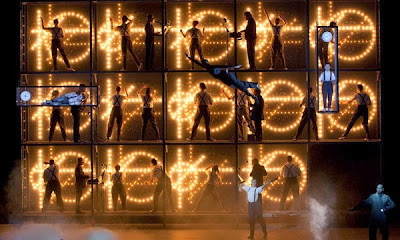 Meaning, we were at the Dorothy Chandler Pavilion for opening night, October 11, with video artist extraordinaire, Jon 9, and then at the after-party, where we semi-hung with creators, Bob Wilson, Lucinda Childs and Philip Glass. Frank Gehry was also there and we made sure to thank him again for Walt Disney Concert Hall, whose 10th anniversary is currently being celebrated.

Indeed, we were at the Hall for the premiere of 200 Motels, and again four days later, for Esa-Pekka Salonen conducting his brilliant violin concerto that premiered in 2009, with Leila Josefowicz in astonishing form. 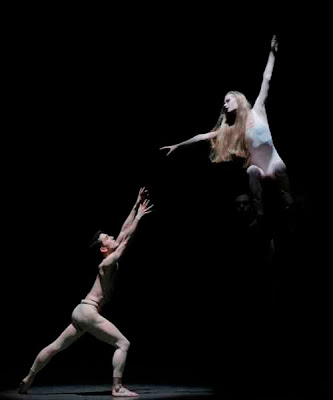 We also went nuts for Charles Ives’ The Unanswered Question, performed in the upper reaches of the Hall (Balanchine made a ballet to the haunting work, Ivesiana), and which E-P also conducted on opening night 10 years ago.

But back to Einstein: The next day we forayed to Royce Hall where the three masterminds engaged in an on-stage discussion with CAP UCLA’s artistic director, Kristy Edmunds (she helped bring the work to L.A., at long last). We also snuck in a trip to the Barclay Theatre to catch Josie Walsh’s wonderful new ballet, Texture of Time, with music performed onstage by her husband, Paul Rivera, Jr., aka, Jealous Angel, and danced by members of Festival Ballet. 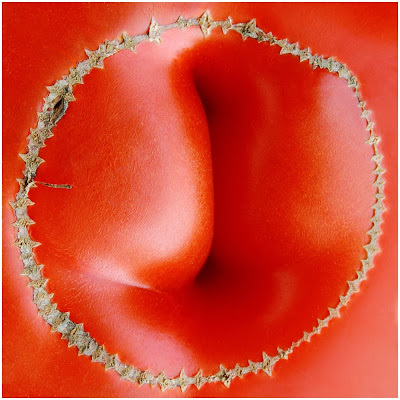 Accompanying us on many of these edifying jaunts has been  the marvelously witty and inventive visual artist, conceptual photographer Linda Kunik.  A special shout-out, then, to Ms. Kunik, who’s got a solo show coming up in February, You Say Tomato…at Echo Park’s 1650 Gallery. Stay tuned for more details in the coming months.

And the culture never abated: The next day we were at a screening of 12 Years A Slave, a harrowing, beautifully acted, directed and photographed, must-see film, before heading out that night to catch the first rehearsal of Yuval Sharon’s Invisible Cities, the so-called headphone opera, with music by Christopher Cerrone and choreography by Danielle Agami, she of Ate9 Dance Company. The next evening we landed at Royce yet again for Bob Wilson’s performance of John Cage’s Lecture on Nothing. (“I’ve got nothing to say and I’m saying it.”)

These goings-on were mere prelude to a huge weekend of Nederlands Dans Theater (cover photo), the troupe that performed at the Pavilion after Einstein decamped. We also did all three pre-concert talks, and wrote a piece for Performances Magazine (go to page five and six of the PDF), so we’re pretty hip to the Den Hague-based company.

Choreographer Paul Lightfoot is in his third season as NDT artistic director, and with his partner, Sol León, choreographed two fantastic works on the bill that also included Medhi Walerski’s Chamber, a Music Center co-commission, with an original score by Joby Talbot. (He wrote the music for Christopher Wheeldon’s Alice’s Adventures in Wonderland; click here for our 2012 KUSC review.) Chamber was a response to the Stravinsky/Nijinsky Rite of Spring, now 100 years old, and if it wasn’t quite as shocking as what went down that night in Paris on May 29, 1913, well, we ask you, what is!

Leaving no moss growing under our feet, we also managed to get to the Geffen Playhouse for opening night of Wait Until Dark, which was a terrific 1967 flick starring Audrey Hepburn, Richard Crenna and Alan Arkin. However, Frederick Knott’s play (he also penned Dial M for Murder, one of our favorites), did not hold up in this creaky, unscary mounting. As for Alison Pill, well, she’s no Audrey Hepburn! 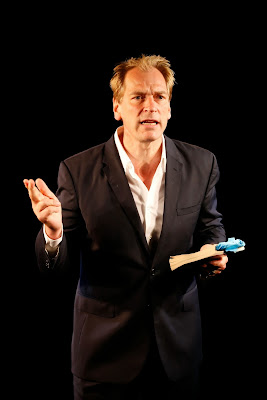 Another night of theater – and on an altogether different plane – was Julian Sands‘ one-man show, A Celebration of Harold Pinter, which he brought to the Broad Stage. We’d seen it last year at the Odyssey, but it was shortly after our mother had suddenly passed away, so that was a bit difficult for us. Mr. Sands gave a deeply moving, highly resonant performance, bringing Pinter, who died in 2008, to life. In remembrance, then, here is a poem the Nobel Prize-winning playwright wrote in 1975, one that Sands recited several times over the course of the hour and forty-five minute performance: “I know the place. It is true. Everything we do Corrects the space Between death and me And you.”

That about brings us up to date (click here and here for two other recent posts to get the Full Looseleaf). And speaking of death, we’d like to take a moment to remember Lou Reed, who died at 71 yesterday; a singular voice, silenced. He was married to Laurie Anderson, whom we also revere (click here for our KUSC review of her 2012 Royce Hall performance of Dirtday!) Oy! 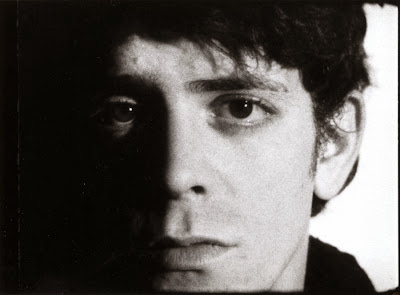 We’re actually a tad surprised that we’ve got enough energy to crank this stuff out. But it sure beats knitting! So…until next time, as a personal favor to us, have a great life.