Painting the Town With Our Beaver (Coat), That Is…

Posted on November 25, 2013 by Victoria Looseleaf 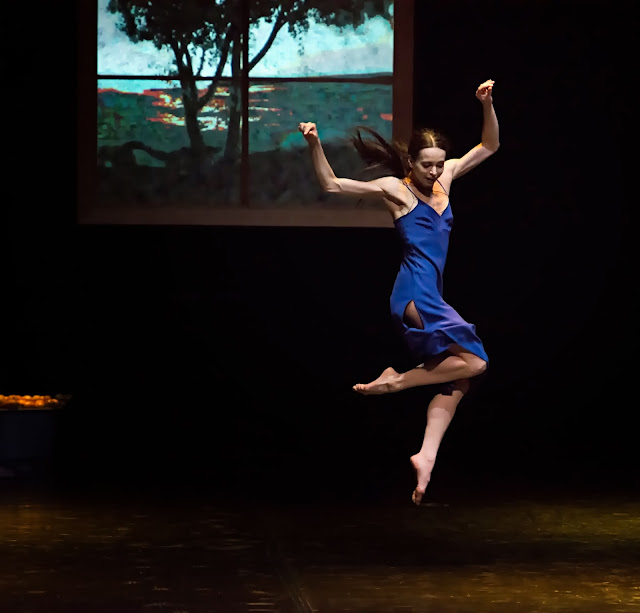 We were doing some much-needed fall cleaning, when we came across this portrait of our grandmother, Ms. Lillian. As you can see, she’s ultra-stylish and clad in fur, and since we inherited many of her coats, jackets and stoles, we wear them when we see fit, i.e., when the temperature hovers below, er, 50 degrees in L.A. So go ahead and shoot us, PETA… 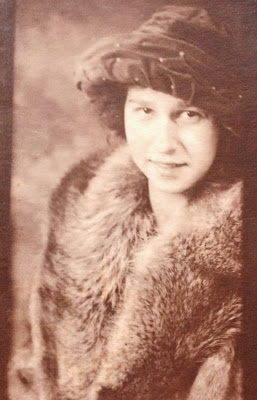 But back to Ms. Lillian, an ace golfer, who, at one point was Cleveland’s All-City Champ, and even shot a hole-in-one at age 75. She was also a wonderful artist. Indeed, when we were interviewing NDT’s Paul Lightfoot and partner, Sol León, on Skype at some ungodly L.A. hour (sans make-up, etc.), we didn’t realize the brilliant artistic director/choreographer could see much of our living room, until he commented on one of Grams’ impressionistic ballerina paintings, saying, in his lilting, English-born manner, that it was beautiful. 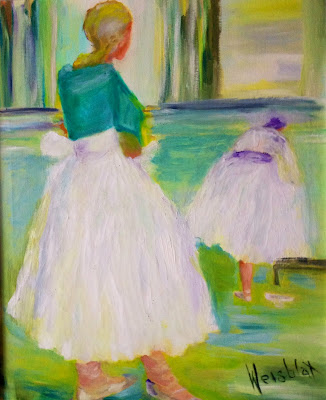 We think so, too, Paul, thanks. And we miss her a lot, ergo wearing The Beaver actually helps bring back many of the joyous memories we shared with her.

But we digress: Since we did all three of the pre-concert talks last month for NDT (and will be doing the same for Ballet Preljocaj at the Music Center next June 20-22), we have been on a writing/going-out/working/wearing-our-Beaver/jag. Indeed, when someone recently asked us, ‘What do you do when you stay home?’ we weren’t at a loss for words. (But when are we, hahaha…)

In between bouts of reading (on our bookshelf these days, which is getting weighed down by so many tomes, are Elizabeth Kendall‘s Balanchine & the Lost Muse, Claudia Pierpont Roth’s Roth Unbound, Donna Tartt’s The Goldfinch, Wendy Perron’s Through the Eyes of a Dancer – she was editor-in-chief of Dance Magazine and edited many of our stories – and Evgenia Citkowitz’ Ether), we are finally watching – drum roll – Breaking Bad. Yes, we arrived late to the party, so don’t tell us anything about the final season, puhleeze. 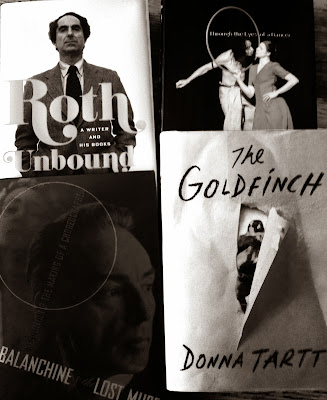 Ten days ago we co-hosted our second Salon 2Point0 with conceptual photographer Linda Kunik, where many boldfaced names, in addition to being presenters, were also in attendance: Reading from her marvelous body of poetry (much of it sensual, all of it stellar), was Red Hen Press’s managing editor, Kate Gale. Her new book, Goldilocks Zone (University of New Mexico Press) comes out in January; be sure and pick up a copy.

Jazz legend, composer/performer Vinny Golia (click here to read our piece on him performing at the Getty Villa in Travis Preston’s Prometheus Bound), brought some of his singing bowls and a few wind instruments. His own label, Nine Winds, was founded in the 70’s, with Vinny releasing a new CD every year.

Visual artist Shizuko Greenblatt also displayed a fabulous sense of humor while discussing her vibrant works, some rooted, literally, in ikebana, or Japanese flower-arranging. We had taken a course on that subject when we were in Japan, as well as a koto lesson, wanting to augment our harp-playing. Full disclosure: Our fingers/hands were actually a tad large for that difficult instrument, while not speaking Japanese also proved an insurmountable barrier! 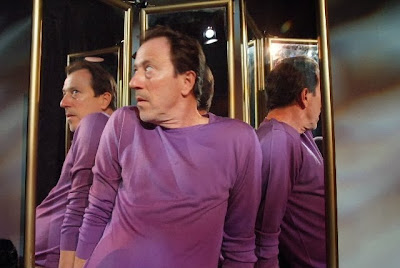 More great folks digging the art included performance artist/actor John Fleck (photo right, from Mad Women), and The Dark Bob (also an incredible performer/artist), both of whom made appearances on our final Looseleaf Report cable TV show in  December, 2008, as well as Ms. Glorya Kaufman and Vice Dean Jodie Gates, both of USC Glorya Kaufman School of Dance. (We teach Dance History at USC and when asked if we danced growing up, we now have the perfect retort: We studied at Cleveland’s renowned Florence Shapiro’s School of the Dance.) Also adding to the lively chatter were painter/sculptor Chaz Guest, composer/cellist/singer Robert Een, choreographer/dancer Sarah Elgart and her husband, visual artist Stephen Glassman, arts maven Carolyn Campbell, handbag designer Claudia Rossini, and the immensely talented video artist Jon 9. (More about him – and us – in a future post!)

Sushi, wine, Bombay Sapphire, courtesy of The Dark Bob, which probably resulted in our trying to get into some Rockettes-like pose, cheeses, chips and conversation flowed. Tricia Noble, graphic designer for the Directors Guild, was also on hand to photograph (including the indelible image at left), so a special thanks to her and hubby, Andrew Overtoom, whose 1650 Gallery will host Kunik’s solo show, You Say Tomato…February 8.

We also covered an array of performances recently, kicking off with Heidi Duckler Dance Theatre‘s The Groundskeepers (click here for our LAT review). Then there was Yuval Sharon’s astonishing headphone opera, Invisible Cities. (Click here to read our Artbound story on the dance element, choreographed by Danielle Agami of Ate9). We also made a beeline for Martha Graham Dance Company, who opened the Wallis (what a fantastic new venue; click here to read our LAT story), covered Susan Marshall & Company at CAP UCLA, and also trekked to Orange County to cover the world’s reigning prima, Diana Vishneva. (Cover photo from Carolyn Carlson‘s Woman In a Room, by Gene Schiavone). We reviewed both Marshall and Vishneva for our newest outlet, Fjord Review, from Down Under (click here and here for those), with Vishneva expanded upon from our LAT review (click here for that; we also did the first LAT story in February, 2008, on Vishneva commissioning works).

But back to OC: Diana Vishneva: On the Edge featured Carlson’s work and Switch,  by Jean-Christophe Maillot, artistic director of Les Ballets de Monte-Carlo. In this number, Vishneva also danced with Bernice Coppieters, Maillot’s wife, and Gaëtan Morlotti, both from his troupe (photo by Schiavone). We were honored to interview Maillot for his company’s upcoming Segerstrom Hall performance of Lac (March 7-9, we’ll be writing the LAT story). As we like to say, we can never get enough Tchaikovsky or Swan Lake, depending on who’s dancing/choreographing it.

Which brings us to this: The Beaver recently made an appearance at opening night of Matthew Bourne’s Sleeping Beauty (below), at the Ahmanson. We love Matt Bourne and his troupe, New Adventures, which is celebrating its 25th anniversary – congrats! We first interviewed him in 1996 for his Swan Lake (this was for the Downtown News, meaning that we cannot find an online version; photo of Bourne & us by Gary Leonard).  We then wrote the LAT story in 2004 for his Nutcracker at Royce Hall.

And let’s not forget that Bourne’s Swan Lake returned to the Ahmanson in 2006, when we also did the LAT story on lead swan, Alan Vincent. But we digress: Sleeping Beauty‘s after-toast (which actually did not include a toast, as a patron, literally, passed out, bringing the party to a kind of premature halt), was nevertheless a chance to chat with Matt, who will be here for the show’s run, through December 1. Tix, we hear, are going fast, though, so get yours today!

The night of Beauty we were with ballerina Theresa Farrell (click here for our NYT story on American Contemporary Ballet and Los Angeles Ballet), while we also chatted up Patricia Ward Kelly (Gene Kelly: The Legacy will be at American Jewish University’s Gindi Auditorium January 26), Ms. Kaufman (redux, again with Ms. Gates, they’re quite the item around town these days), choreographer Josie Walsh and Gordon Davidson, the erstwhile godfather of L.A. Theater.

It was Davidson, after all, who first introduced Bourne to the States by bringing his Swan Lake to L.A. Champagne in hand, we also spoke that night with Richard Sherman, half of the songwriting team, the Sherman Brothers, they of such iconic scores as Mary Poppins (which Matt choreographed and co-directed with Richard Eyre). Btw: Did we mention that we told Matt we’d like to sleep for 100 years (it looked as if Hannah Vassallo’s Princess Aurora was on propofol, waking up more exquisite than ever)? Well, we did, and why not! With Matthew Bourne as director, anything’s possible!

We also love magic, sideshows and carnies, so were thrilled to interview Todd Robbins  and Teller (of Penn and Teller illusionist fame), the latter directing Robbins in the bloody screamfest, Play Dead, at the Geffen Playhouse through December 22 (click here for our KCET Artbound story, for whom we were, well, ‘Columnist of the Week‘ last week). To round things out, we invited dear friend Charlotte Spiegelman to the opening of LA Opera’s The Magic Flute, a production of Berlin’s Komische Oper, but new to L.A. Wow! Also in attendance: LAT theater critic, the fabulous Charlie McNulty, with freelance scribe Margaret Gray.

The animation by Paul Barritt (with Suzanne Andrade, they are theater troupe, 1927), is a mix of Disney’s Fantasia and Edward Gorey, with Rube Goldbergian touches. Its non-stop visuals include the Queen of the Night (right, sung by Erika Miklósa, and basically resembling  a kinetic Louise Bourgeois spider sculpture), nearly nailing her high Fs. Barritt and Andrade, along with Barrie Kosky, who also co-directed, were all making their LA Opera debuts. Among the illustrious attendees was art superstar David Hockney, whose newest, techno-driven work is on display at San Francisco’s de Young Museum through January.

And at some point (it’s getting difficult to recall exact dates), we even made an appearance at iPalpiti’s 11th Annual Tribute to Leo Frankel at the Nathan Frankel Residence. Frankel, who plays violin by night and runs a scrap metal factory by day, performed in Shostakovich’s Piano Quintet in G minor, Op. 57 (1940), with Ellen Jung, second violin, Juan-Miguel Hernandez, viola, Evgeny Tonkha, cello, and Steven Vanhauwaert, piano. The hall was packed and the music divine, as was the Russian vodka, cuisine and company, courtesy of Yana Shukman and Laura Schmieder.

Okay, we’re probably leaving stuff out, so please let us know if you’ve spotted The Beaver at any outing we may not yet have mentioned. Oh, yes, we did manage to get to a screening of Ralph Fiennes’ The Invisible Woman (a terrible title), who also starred as Charles Dickens, with Kristin Scott Thomas as Mrs. Ternan and Felicity Jones as Nelly Ternan. It’s a beautiful film that reminded us of Jane Campion’s Bright Star, about poet John Keats, featuring Ben Whishaw before his career really took off. (Click here for our Looseleaf Report coverage of that Brit.) We fear, however, that Woman will go the way of the Campion flick, which means nobody will see it. A pity, really. And besides, The Beaver didn’t make an appearance at the erstwhile Clarity Screening Room, cuz it was in the morning and was much too warm for full-length animal pelts. 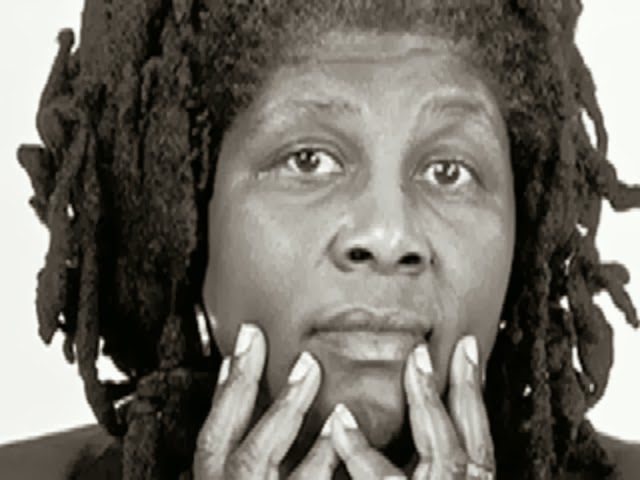 Finally: On a sad note, we would like to dedicate this post to the memory of Wanda Coleman, one of L.A.’s own, our unofficial poet laureate, if you will, who died at age 67 on November 22. Wanda appeared on one of our very first Looseleaf Report shows, and we have always been a huge fan of, not only her writing, but of her as a beautiful soul. Unstinting, raw, emotional, her poems burned themselves onto our brains with fierce grace. Our deepest sympathies go to her family, especially husband Austin Straus, and though this literary light has gone out, it will shine on, gloriously, brightly, in her many books. RIP dear Wanda…

One last thought, dear readers: If we don’t speak to you before Thanksgiving, have a lovely, food/family/and friend-filled holiday. Peace! 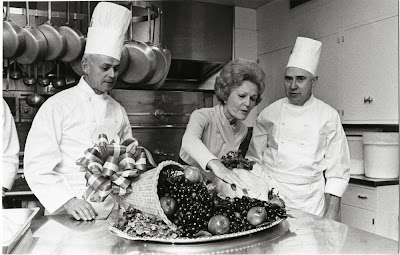